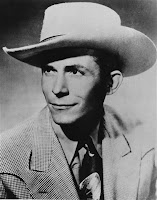 I suppose everyone’s heard the old Hank Williams song "I Saw the Light," released in 1948. Hank Williams is considered one of the great country singers of all-time, but he led a troubled life, cut short by the ravages of alcoholism at the age of 29. My father had a couple of Hank Williams records, and I grew up listening to his unmistakable sound.


The simple lyrics to " I Saw the Light" begin:

I wandered so aimless life filled with sin
I wouldn't let my dear Savior in
Then Jesus came like a stranger in the night
Praise the Lord I saw the light.
Light is a common theme throughout the Bible. A quick search turns up hundreds of usages of the word light. None more clearly and simply defines the Light of the Bible more than Psalm 18: 28:

For You will light my lamp; The LORD my God will enlighten my darkness

Without Christ in my life, I was in darkness. As Christians, we are mandated to bring others to the light. I’ve named my blog "Reflecting the Light," because that’s what I want to do, reflect the Light of God’s love for me, expressed by His sacrificing his own Son, Jesus, for the sins of the world.

Before we were Christians, we didn’t necessarily know we were in darkness. Ephesians 5:8 tells us:

For you were once darkness, but now you are light in the Lord. Walk as children of light

We are mandated here to "walk as children of light" first and foremost to give glory to God, but also to bring others to that same light that we walk in. Last week, I wrote about losing my money at a crooked carnival game. I’m also reminded of a time when I entered a carnival spook house as a kid. It was basically just a pitch-black maze which you had to weave yourself through. There were a lot of eerie sound effects playing and people screaming in fear. I wanted out badly, but couldn’t find my way on my own. Every once in a while the exit door would open, and a slither of light would appear throughout the maze. The key to finding your way out of the darkness was to keep following that light. The closer you got to the light the brighter it appeared.

That’s pretty symbolic of where we are without Christ in our lives, stuck in the darkness. As Christians, we are to shine the Light through our lives for others to see, helping them come out of their darkness. It has to be done in a loving way, not a blinding way. A preacher I heard in Minnesota last week likened it to using a flashlight to help someone find their way. You don’t shine the light directly in their eyes, blinding them. That would turn them away from the light.

But that’s what we do, sometimes, trying to beat the Gospel over someone’s head. Instead, we should try to shine our Light lovingly, in a way that displays Christ’s love for us. Now, go, and shine the Light of Christ for someone today, and show them the Way to their salvation.
Posted by Allen at 2:10 PM No comments:

"All ya gotta do is take this ball and knock all three milk bottles out of the circle and ya take home a BB gun, whatta say, kiddo? Fifty cents a throw, wanna give it a go? Lemme show ya how easy it is..."

And with that, the carnival barker took a ball and tossed it at the small pyramid of bottles, knocking them out of the chalk circle that they’d been stacked inside.

"See how easy that is, bud? I’ll even let you have a practice throw for free, Whatta ya say?"
Sure, why not take a practice throw, see if I could do it. I was a pretty good little league ball player and that old barker had done it. So taking dead aim at the bottles, I wound up my twelve year old arm and let fly. Sure enough, all three bottles flew out of the circle. The barker claimed it was the best throw he’d seen in weeks. Now, my dad had warned me not to play any of the games, that they were rigged so that you couldn’t win. Obviously he was wrong about this one.

"For just 50 cents, you make that same throw and you’ll walk away a winner," the barker said, carefully restacking the bottles. It sure made plenty of sense to my pre-adolescent mind. I had a pocketful of hard-earned money from mowing grass around my neighborhood. Invest just 50 cents, win the BB gun and I’d still have plenty for cotton candy and ferris wheels. I plunked my money down and picked up the ball...

My pastor in last night’s service talked about the deceptions and distractions of the world. They can be traps that Christians often fall into, leading us to greatly harm our relationship with our Heavenly Father. Adam and Eve listened to and followed the deception of the serpent, ushering sin into the world. Sin usually takes that pattern. We listen to or see it, then we often choose to experience it. But throughout the Bible, God warns us about such deception:

But those who desire to be rich fall into temptation and a snare, and into many foolish and harmful lusts which drown men in destruction and perdition. (I Timothy 6:9)

But each one is tempted when he is drawn away by his own desires and enticed. (James 1:14)

In my life, there have been times that I've allowed the influence of worldly desires to lead my life astray. I look back on those periods with a great deal of shame and regret. I also take great joy in the ultimate forgiveness that I’ve experienced from a loving Father who provided His own Son to pay for those and all other sin in my life.  I cannot possibly express enough gratitude for that.

...It was a long walk home that night. I hadn’t experienced the thrill of a whirlybird ride or tasted the wonderfulness of fresh popped popcorn. I wouldn’t go to sleep that night dreaming of how high the ferris wheel had taken me or remembering the gooey sweetness of a caramel apple. Instead, I’d spent an abbreviated evening giving my money to a deceptive carnival barker, fifty cents at a time. I couldn’t imagine why I couldn’t knock those bottles out of the circle, like I had on my practice throw. Greedily and angrily, I threw ball after ball, trying to win that shiny BB gun. All I’d got for my efforts were a sore arm and a feeling of humiliation.

I’m not sure where I first heard this, but this three-pronged look at sin has always stuck with me: